I've never come right out and said I was one. I don't even like the word, but I don't abhor it either. It's just a word. A label with dreadful connotations. The idea of the image being romanticized is absurd. In itself, this is a sorrowful commentary on society.

Vampires. Nonsense. Dead is dead. Undead is an oxymoron.

However, I can't argue against simplistic public beliefs, trends, and strange wishes for such concepts to be reality. I won't argue against this pop culture fixation... for it protects me. It protects us. For truly, the public thinks in terms of brooding young men, tempestuous young ladies, foppish men of the past donning frilly Elizabethan garb in the present -or- elaborately re-formed creatures of the night that dissolve into dust or burst into flames upon their demise. As long as the populace finds thrills in such imagery, we are relatively secure. The proliferation of these beliefs provides shelter for our kind.

I refuse to be offended by these rude stories, by the bombastic portrayal of reanimated corpses and those who creep into the lives of innocents to feed. Truly, cinema and television--and amazing special effects--have affected public perception. While some images are fantastic, even inspiring, others are merely crude. Scenes of vampires after feeding with blood smeared across their mouths, dripping from their chins, offer such absurdity that I must make a few points clear.

First. Image. Only children run around with Kool-Aid stains or other evidence of repast ringing their lips. Is it not an early lesson in manners to educate them on cleanliness and presentation? Certainly, if our kind walked the streets in such a state, well, it would not suggest discretion. Imagine the fear such behavior would imbue in the population. Imagine the consequences of such disregard for coexistence. I am afraid our lives would not be the comfortable places they are now. We would be hunted. Hunted. It would result in a sad waste of human lives and, no doubt, our own would follow. I can hardly bear to think of it.

So, I ask you to consider this. What creatures, indeed, live in filth by choice? I can think of none.

This leads to my second point. Hygiene. Our olfactory sense is acute, we do not appreciate malodor. Ask anyone who has stepped into a crime scene about the smell of blood. In quantity it is overbearing; it is only appreciated by flies or creatures that dine on putrid flesh. And if your perceptions are profound, you will find that there is another awareness that comes with such a scene--the depth of sorrow, the heartbreak of fear, the stench of pain. There is no sweetness to the fragrance defiled; no sweetness when it is old and rank. Surely, unless you are drawn to the scent of rotting food, you will understand this.

As well I wonder, have you watched shows about predators? Lions, hyenas, and wolves devour their prey with gusto. The camera catches a frame of them raising their heads from torsos they've gorged upon, their faces, indeed saturated with blood. However, upon satiation, they cleanse themselves. Completely. As do we. I've read that even polar bears bathe for up to fifteen minutes after feeding. Why? For hygiene perhaps, or for that last taste. Either way, they do not head forward into their day or to their beds, covered in the dross of their meal.

And so, I arrive at my final point. Waste. It is not easy for our kind when it comes to our primary nutritional source. Granted, when I first came into the fold I was taught to seek out the isolated, those out at odd hours--a seeming invite to partake of them. There was a certain shame riding with such behavior though for it only served ourselves. And if an unfortunate man was working an odd shift he became a target, due to the sole fact that he was making the best effort possible to provide for his family. I was torn by this, for I realized that every victim, in fact, translated to as many children as he'd left behind. This was not a comfortable weight to bear.

It was a time of hunger, when I chose to challenge the essence of my need. I grew impatient and short tempered... as any mortal might when depriving themselves of nourishment. The solution unfolded when I could no longer bear it. I plunged into the city's sooty night, knowing I would feed at the first opportunity; but my first encounter was not with a solitary individual, rather it was a rapist about to commit his savage crime. My strength burst forth, fueled by ire, and I tore him from the girl and fed upon him with no remorse. When through, I stood back and realized satiety in this fashion brought an incredible satisfaction. However, it does not simplify the quest for sustenance.

This returns me to the final point of waste. Television and cinema seem to revel in visuals of vampires writhing in blood soaked sheets, partaking of sleepmates, soused on hemoglobin--in fact, dripping with it. Such disregard for the libation of our need is blatant and quite ridiculous. Who would be so careless as to waste a bead of life? What self-respecting member of my kind would not consume every last drop possible? It is the very nectar of our being... and we do not squander this resource which is so dearly paid for, so cautiously attained.

So, my explanation is offered for your consideration. Contemplate it carefully. You may choose to believe in the sad cinematic portrayals. Do so if you must, for we really don't mind. But act wisely. Be kind, even helpful to others--if this is not too much to ask. Love the humanity that surrounds us with the same passion that I feel. And know this, if you elect to treat your fellow human beings with cruel disregard... we are watching. We are waiting. And quite often, we are hungry. 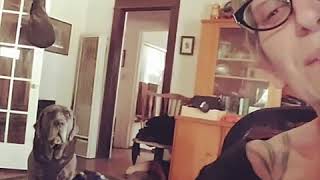 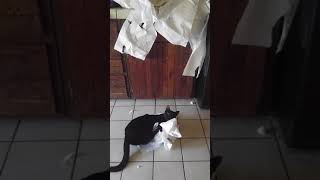